A device group is a system in Atmosphere that associates devices to a contained structure (“group”). Device groups enable you to organize devices into a unique structure while allowing you to control access to them through specifying user roles and permissions.

Device groups and their related features are currently available for the Atmosphere IoT Central product only. 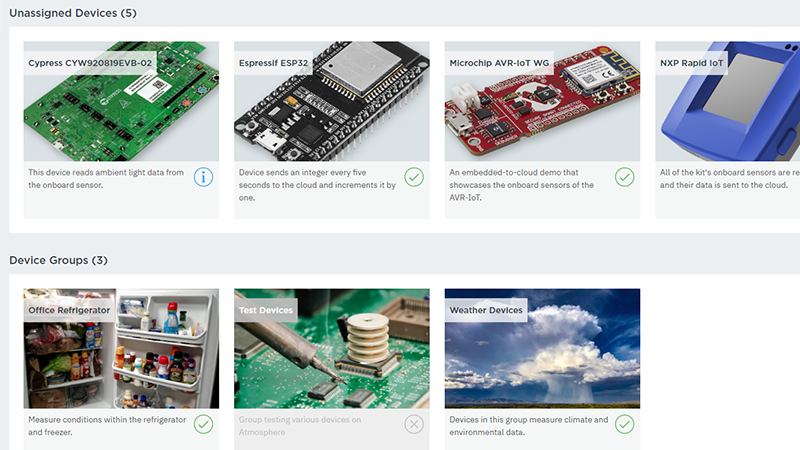 If a device within a group acquires a status, the group inherits that device’s status and represents it in the same manner that is shown for the device entry. If multiple devices in the group have a status, the highest priority state is displayed.

Creating a new device group adds it to the Device Groups section in the Devices area. Any number of groups can be created, as can any number of sub-groups.

To create a device group:

Selecting a device group brings you to that group’s console. Group consoles are arranged in a layout similar to device consoles, and are divided into the following sections:

Like device consoles, device groups also contain a global set of options located in the top-right of the screen that are available from any section. These include buttons for assigning a device to the group, assigning a user to a group, creating a sub-group, and deleting the group.

Access to both the device group's global options and each of its sections are based on a member's permissions within a device group, set by a group administrator. Depending on the permissions of the member, they may or may not have access to any number of these options or sections. These permissions likewise may cascade to any devices within the group.

Assigning a device to a group places it into the group and removes it from the Unassigned Devices section. A device can be assigned to any number of groups. Once assigned to a group, a device is only accessible to users who are members of that group.

In the event a device is assigned to a group but is configured to a widget in a user's Dashboard area, the widget will no longer send data for that device on that user's dashboard if they aren't a member of that group. Users who are members of that group and have access to that device would otherwise remain unaffected.

To assign a device: 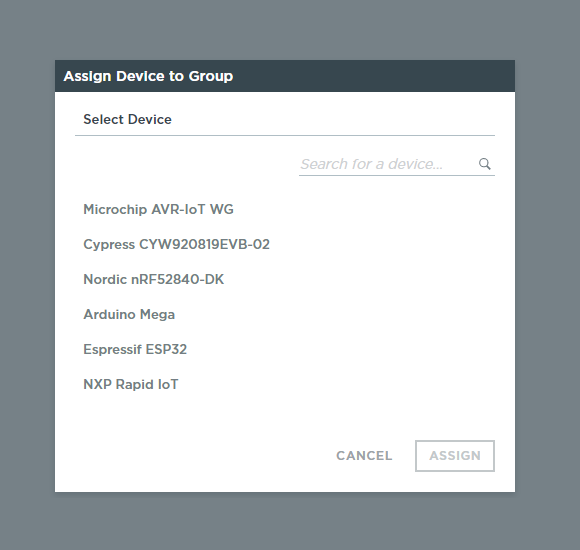 Unassigning a device removes it from the device group (as well as any parent groups) and returns it to the Unassigned Devices section.

To unassign a device:

When the device returns to the Unassigned Devices section, any user within the account then has access to view or possibly modify it. Keep this in mind if you wish to limit access to certain devices.

Assigning a user to a group makes them a member of that group and gives them access to its devices. A user can be a member of any number of groups.

To assign a user:

To remove a group member:

To delete a device group:

The device group is then deleted from Atmosphere.