The PIC-IoT WG is a Wi-Fi development board from Microchip based on the PIC24FJ128GA705 MCU and uses the WINC1510 Wi-Fi SmartConnect IoT module. The board features onboard sensors for measuring ambient temperature and ambient light. The board is similar to the AVR-IoT WG, but is designed for more complex applications and offers additional memory and decreased power consumption.

As is standard with any project type that uses Wi-Fi, cloud elements are accessible from both the Embedded and Application tabs in Atmosphere Studio.

Some devices may have limitations or design restrictions that cause unexpected behavior when used with Atmosphere. Specific information and details pertaining to the PIC-IoT WG and its performance on Atmosphere is noted below.

There are no known issues, unexpected behaviors, or hardware limitations while using the PIC-IoT WG with Atmosphere.

Below is information regarding the PIC-IoT WG’s exposed peripherals.

This I2C bus is exposed the SCL and SDA pins on the click connector.

This I2C bus is not exposed to the user, and is connected to the device’s internal MCP9808 temperature sensor.

This SPI bus is exposed via the SCK, MOSI, and MISO pins on the click connector. You can use any desired GPIO for your chip select.

This UART is exposed via the micro-USB connector on the PIC-IoT.

This UART is exposed via the TX and RX pins on the click connector.

The AN pin on the click connector is the only user accessible ADC input.

Any GPIO pin can be used for PWM output.

Programming the PIC-IoT WG involves downloading its project firmware from Atmosphere Studio and directly transferring it to the device over USB.

Prior to programming a PIC-IoT WG, ensure you have the following setup configuration:

With setup complete, you can program the PIC-IoT WG:

The blue LED will then turn on, followed by the yellow LED. This indicates the device is programmed with the project’s embedded firmware.

Get started using the PIC-IoT WG with Atmosphere by walking through the following guides:

Atmosphere includes a variety of PIC-IoT WG demo projects for users of all levels. Check them out by clicking the demo’s name to open the project in Atmosphere.

The Atmosphere video library contains the following videos on the PIC-IoT WG:

The following additional resources and downloadable files are available for the PIC-IoT WG: 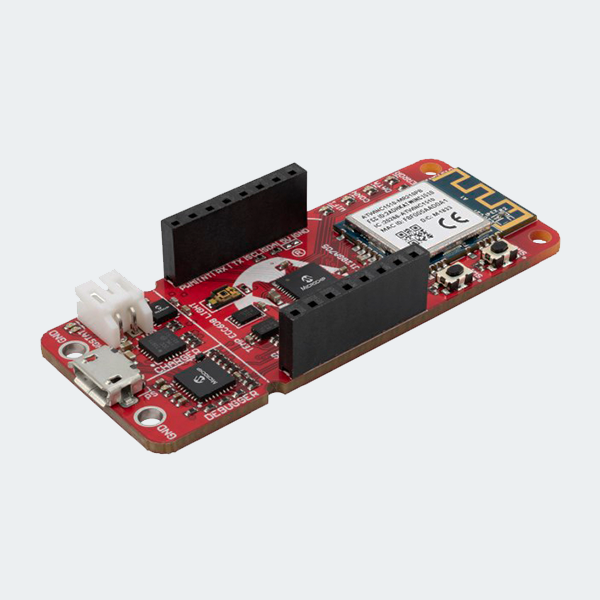