The Rapid IoT Prototyping Kit is a development kit from NXP Semiconductors based on the Kinetis K64F Core 32-bit microcontroller for application processing, and features a Kinetis KW41Z wireless controller for BLE, Thread, and ZigBee connectivity. The Rapid IoT comes standard with a variety of onboard peripherals, featuring sensors for temperature and humidity, air quality, ambient light, barometric pressure, inertia, and touch control.

The Rapid IoT also offers the ability to expand its peripheral controls using the MikroElektronika Hexiwear Docking Station, which also includes slots to connect up to three Click boards at a time.

The Rapid IoT also includes a collection of elements exclusive to its project type:

Some devices may have limitations or design restrictions that cause unexpected behavior when used with Atmosphere. Specific information and details pertaining to the Rapid IoT and its performance on Atmosphere is noted below.

All pins can be used as general purpose input/output (GPIO) unless otherwise specified.

All internal pins can be accessed using the following nomenclature: PT[PORT][PIN]. For example, port A pin 12 is referred to as PTA12.

Below is information regarding the Rapid IoT’s exposed peripherals.

This I2C bus is used to communicate with the internal sensors of the Rapid IoT. It is not exposed on the docking station.

This UART is exposed via the micro-USB connector on the Docking Station.

This UART is exposed via the MB3_TX and MB3_RX pins on Docking Station slot three.

Programming the Rapid IoT involves downloading its project firmware from Atmosphere Studio and directly transferring it to the device over USB.

Prior to programming a Rapid IoT, ensure you have the following setup configuration:

To put the Rapid IoT into programming mode, perform the following steps:

With setup complete, you can program the Rapid IoT:

When the lights stop blinking, programming is complete and the Rapid IoT is programmed with the project’s embedded firmware. The Rapid IoT will reboot itself and no longer display as a mass storage device, and upon startup the project is loaded on the device.

Get started using the Rapid IoT with Atmosphere by walking through the following guides:

Atmosphere includes a variety of Rapid IoT demo projects for users of all levels. Check them out by clicking the demo’s name to open the project in Atmosphere.

The Atmosphere video library contains the following videos on the Rapid IoT:

The following additional resources and downloadable files are available for the Rapid IoT: 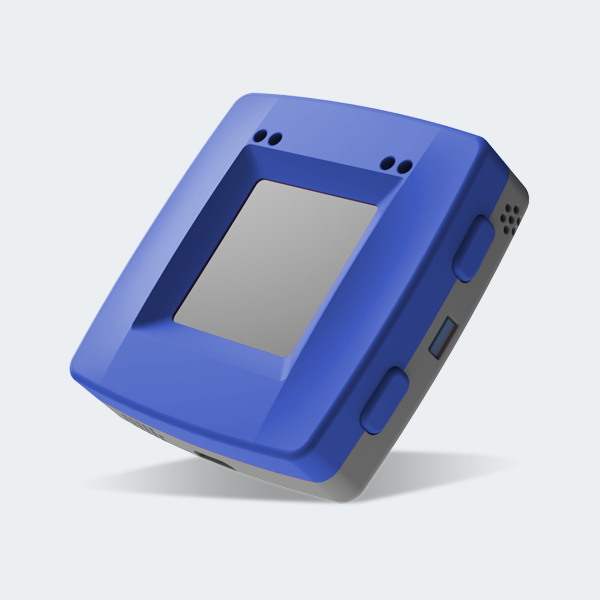